I am an Electronic Engineer graduated with honors, currently pursuing a Ph.D. in Computer Science. I am passionate about IoT, Embedded Systems, Control Systems, and Software Engineering, eager to support the next major revolution in technology. I am interested in interdisciplinary projects.

Internet of Things - Wake Up Radio 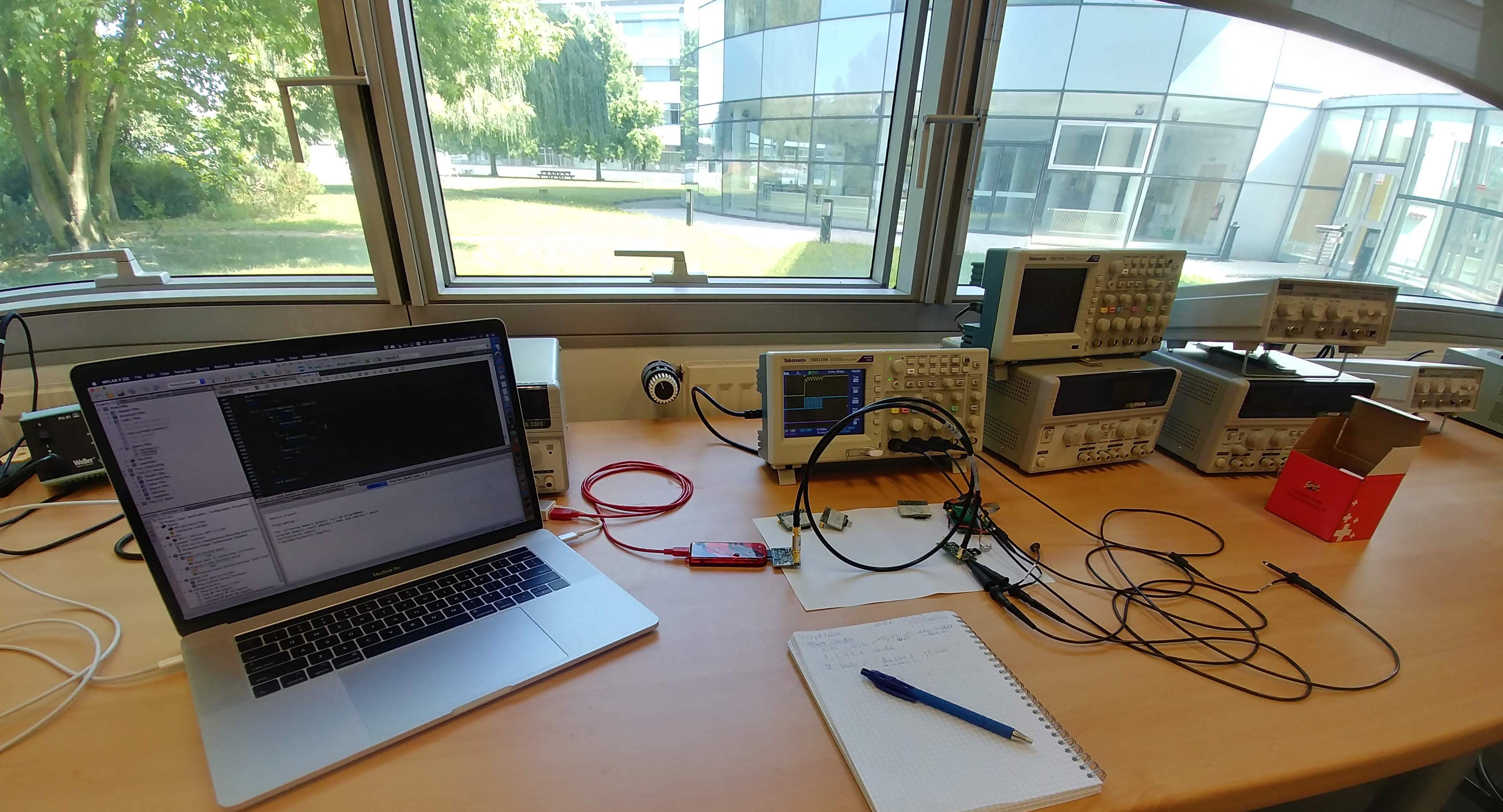 I am currently involved in the Wake-Up Radio project of the National Research Agency of France (ANR) in a balanced consortium composed of two academic partners (University of Rennes 1 and University of Strasbourg), one state-owned industrial and commercial establishment (CEA LETI) and one SME (Wi6Labs).

My research focuses on the design of network protocols to take advantage of the features of this new technology. In order to do so, I need to analyze carefully the system, implement the firmware, simulate it with software and finally test it in the experimental platform. This means that my work is balanced between theoretical analysis, software and hardware.

I also present the results of my work in international conferences and discuss new ideas with people from all around the world.

These projects were done through the Self-Driving Car Engineer Nanodegree course.

In this project I designed and developed the software and the algorithms of a path planner for an autonomous driving car. The code is written in C++ and the program communicates with a simulator provided by Udacity where there are several vehicles driving on a three lanes road. Basically, the simulator sends sensor data of the ego vehicle and the surrounding environment. With this in mind, I model the road with the kinematic state of each vehicle sensed and predict how this is going to change in the near future using a kinematic model. Based on that, the behavior model loops over several goal points and generates trajectories. For each trajectory, it calculates a cost, which represents how safe it is (including max-jerk penalization, max-speed, collision detection, etc). The best one is sent back to the simulator. Most of the core logic is coded in the method Behavior::UpdateState(), in the file behavior.cpp. 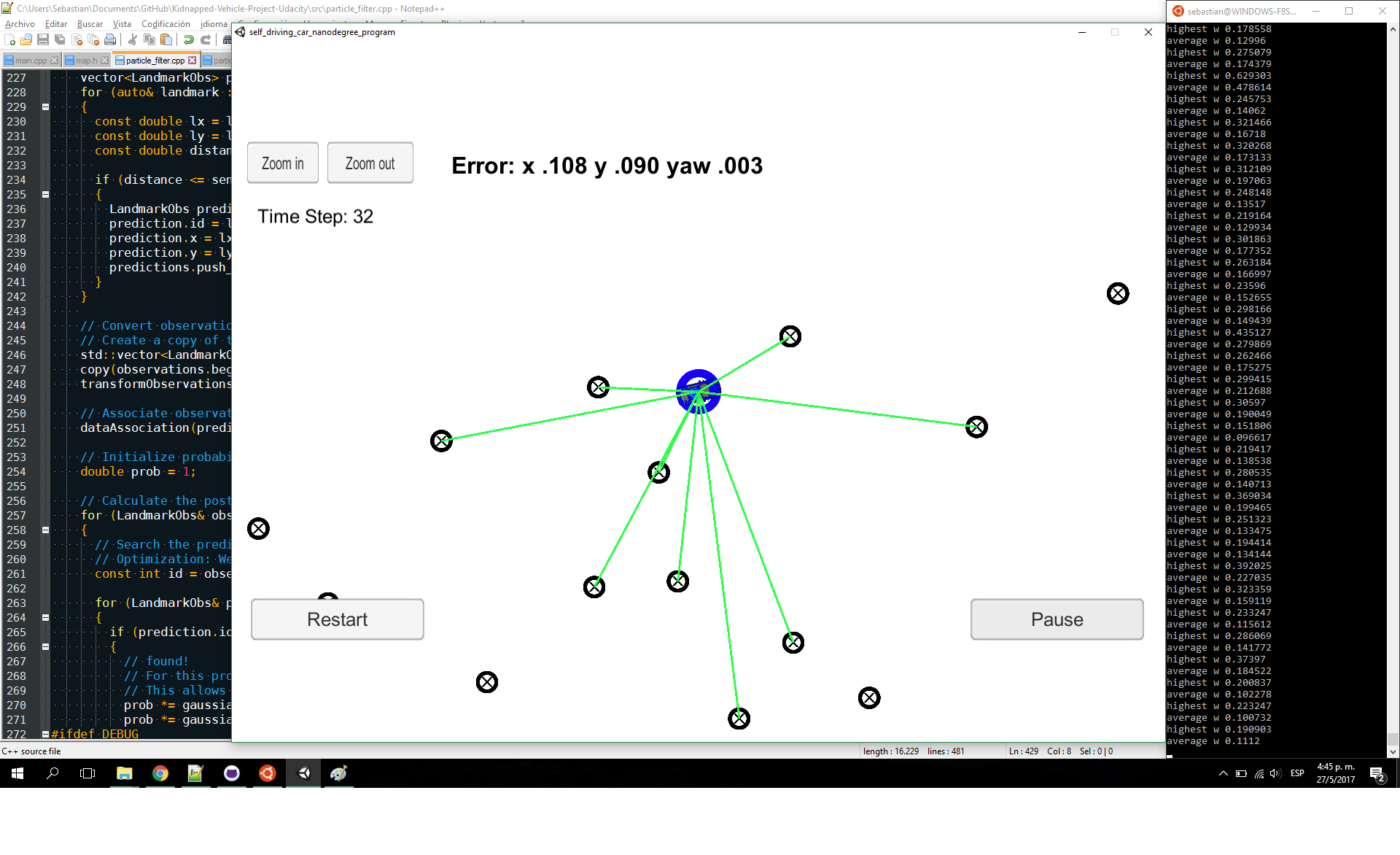 In this project I implemented a 2 dimensional particle filter to localize an autonomous driving car. The code is written in C++, because this language provides great performance in terms of memory and speed. The idea of the project is that the car has been kidnapped and transported to a new location! Luckily it has a map of this location, a (noisy) GPS estimate of its initial location, and lots of (noisy) sensor and control data. I uploaded in YouTube a video where you can watch how the algorithm works in a simulator. This application generates the ground truth trajectory and sensor data that is passed to the C++ program. The map consists of a set of landmark positions in global coordinates. The car has a radar which can sense landmarks within a certain range in vehicle coordinates. It also uses velocity and yaw rate measurements provided by the control subsystem to make predictions propagating the ecuations of the motion model.

The basic idea of the particle filter algorithm is to generate a lot of particles in some initial state. Then, we move them using the motion model but adding independent noise for each particle, so they all move in different ways. When we get new landmarks observations, we calculate the probability a posteriori of these observations for each particle based on the map that is given. All particles have different positions and orientations, so the transformation from vehicle to global coordinates for each observation is different for each particle. Then, the particle that better estimates the car state is the one for which the probability a posteriori is higher. This means that its position and orientation explains better the observations, which is the same as saying that the the observations matches the predictions better. 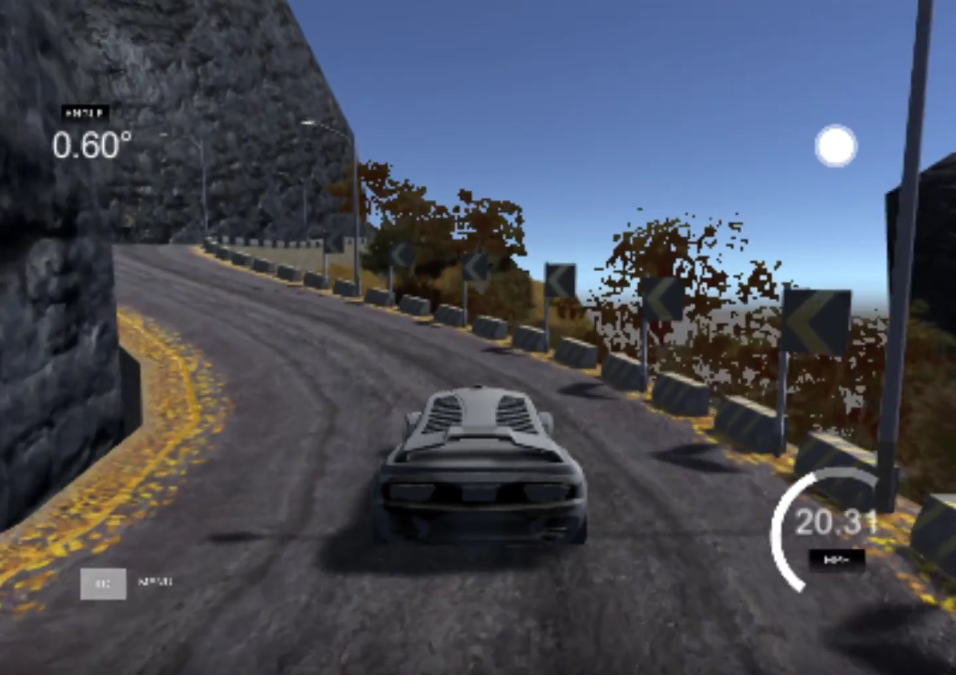 Here I built and trained a convolutional neural network for end-to-end driving in a simulator, using TensorFlow and Keras. I used optimization techniques such as regularization and dropout to generalize the network for driving on multiple tracks. This methods turned out successfully, since I managed to keep the car stay on the road in a completely new scenario all along the track. There is a YouTube video where you can watch how it drove in that case.

In this project I created a vehicle detection and tracking pipeline with OpenCV, histogram of oriented gradients (HOG), and support vector machines (SVM). I also optimized and evaluated the model on video data from a automotive camera taken during highway driving. You can watch it here. 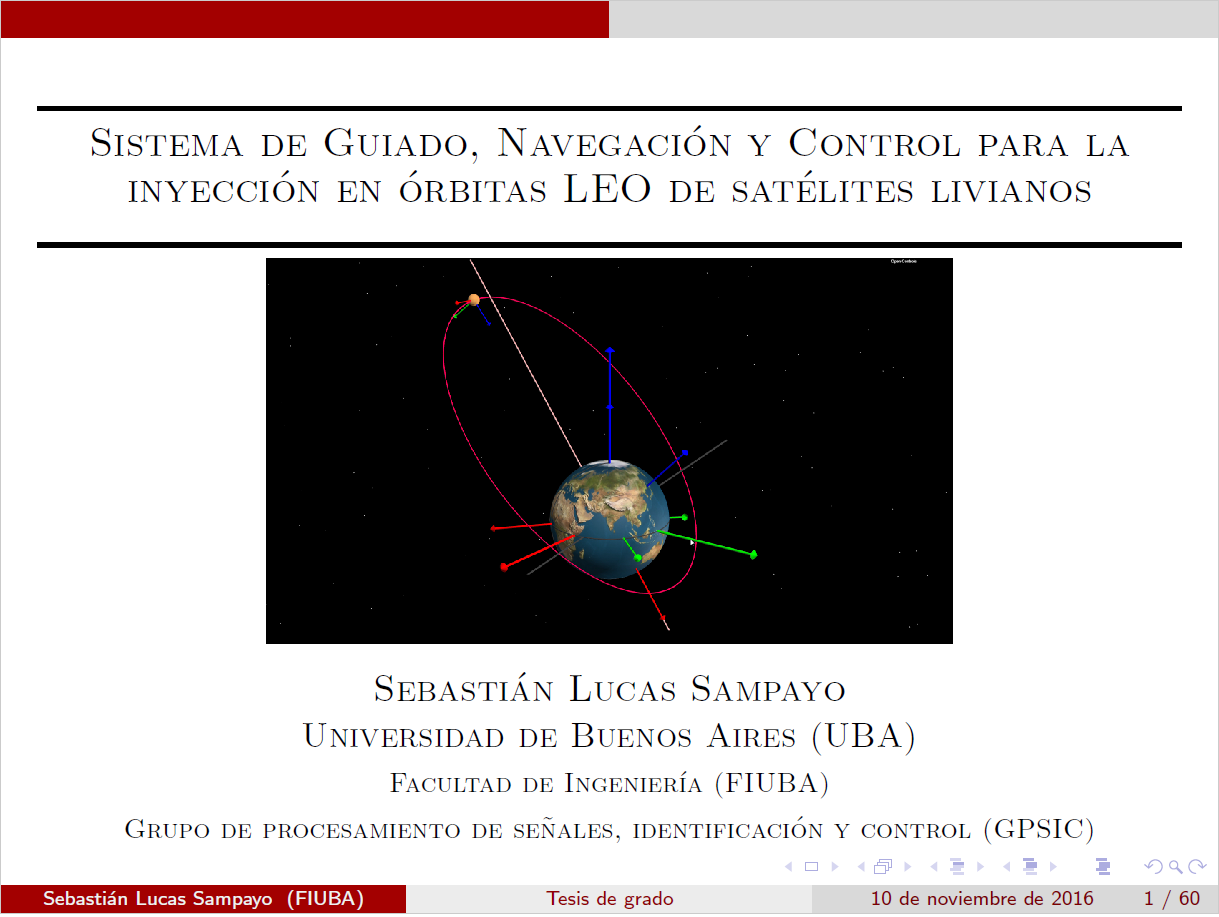 The thesis was the last step on my way towards the Electronic Engineer degree. I dedicated full time over 10 months in 2016, after passing the last course of the curricula. I wanted to research on a subject where I could be able to apply all the knowledge I had obtained during the previous years, and also to contribute to the solution of a real-world problem. That’s how I got in touch with Juan and decided to work in guidance, navigation and control algorithms for autonomous aerospace vehicles, specifically for autonomous orbit injection of small spacecrafts. This topic was awesome because it connected a lot of different subjects:

so there was a lot of acquired knowledge to apply and much more to keep learning.

As Juan is the director of a research group at college (GPSIC) , I found the chance to work within the framework of a collaboration agreement between FIUBA and CoNAE (Argentine Space Activities National Agency), through GPSIC (Signal Processing, Identification and Control Research Group), for a national space access program called Tronador.

Some bullet points of this work are described next: 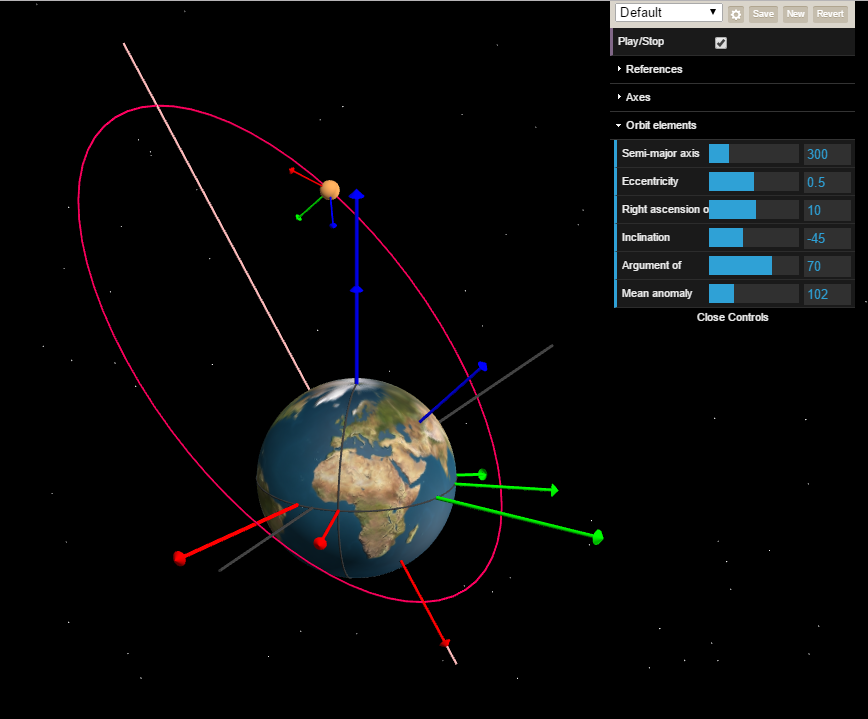 I developed this WebGL demo when I was preparing for my Thesis defence. It helps explaining astronomical terminology and classical elements of a Keplerian orbit, as it draws the Earth, the satellite, its orbit, some common frames and reference objects used in my Thesis work. I also used it to take screenshots to enhance some parts of the report. Check out some famous orbits like the Geosynchronous or the Molniya, and play with the inclination, eccentricity, radius and other angles of the ellipse.

Link to demo - Link to source

I developed this project when I was in college at the course “Graphics Systems [86.43]”. There we learnt about 3D models, rotations, translations, 4D spaces, light models, shaders, and more. We used Javascript and WebGL to code several projects. This was the last one of the term, and the professors selected it as a featured one hosted in the course website.

The aim was to create a group of attractions, in particular, a roller coaster. However, the professor warned us against making a loop with the curve of the roller coaster because, with the techniques we had learned so far, it was kind of impossible. The challenge of programming the loop was really attractive to me because of the interesting math behind it, the challenging programming skills needed to code it, and the beauty of the visual result itself. So I tried to complete everything else on the project and made a minimal version of a non-loop roller coaster as fast as possible. That way, I managed to leave some time at the end to work on that challenging loop. I talk to the instructors and look for information on the internet for some algorithms. After some modifications and adding my own tweaks, I finally came up with the “initially impossible” loop on the roller coaster. This work was considered a featured project by the professor, so it was uploaded to the course website along with other excellent ones from other years.

Link to demo - Link to source